Which solar inverter is best in Pakistan? Solar Inverter Price in Pakistan Explained

1. What is A Power Inverter?

2. What are the Segments in the Power Inverters Available?

ii. Pure Sine Wave Chopper Type Power Inverters: Again a Solid State transister based Buck-Boast system in which the output voltage resembles a pure sine wave just like the mains from National Distribution Center. It is high frequency based inverter. The basic construction includes a ground fault interrupt fuse. An H-bridge circuit with 4 switches (also called Commuter) is preceded by the charge controller. A 50/60 Hz modulation frequency is opted and the chopped waveform is passed through filters to resemble pure sine wave. Until the output is passed again through low frequency transformer couple with a filter.  Since the pwm switching takes place in Kilohertz, a low frequency bypass filter is used.

iii. Modified Sine Wave Power Inverters with in-built PWM Solar Charge Controller: Functions same as a simple modified sine wave inverter except includes external DC Charge controller. Since the only widely used protection to the batteries in OEM based inverters are fuses, it does not control current to the Batteries i.e. harmful for battery life as the microcontroller does not set preference of Solar to the batteries and a reverse current from Panels could flow into the inverter damaging the fuse when batteries are fully charged and wasting energy before that happens.

iv. Pure Sine Wave Power Inverters with built in Solar Charge Controller: The market is flooded with Inverters based on “Pulse Width Modulated” or “Maximum Power Point Tracking” Solar Charge Controllers. Note: Outback power is one good Pure Sine Wave Inverter manufacturing company but it allows external solar charge controllers to be attached only and does not come in with built in option.

v. Pure Sine Wave (Hybrid) Solar Power Inverters with Resource Sharing: Usually, conceived as abuse of technology, these are technically off-grid Pure Sine Wave inverters that use AC bypass to charge current. The current is NOT additive. Not with the type of circuitory included. It is possible to install a solar system that is independent of the electrical grid.

This is called an off-grid solar power inverter to be accurate. Off-grid systems are most common in remote locations without utility service. Off-grid solar power systems operate independently from the local utility grid to provide electricity to a home, building, boat, or RV (or remote agricultural pumps, gates, traffic signs, etc.). These systems typically require a battery bank (to store solar electricity for use during nighttime or cloudy weather) as a backup source of energy.

An off-grid solar system must be large enough to produce enough electricity to cover 100% of the energy needs of the buildling.  In all off-grid scenarios, electrical usage must be monitored and kept below the maximum output of the panels and batteries as there is no grid-source to supply excess power. Famous OEM supplier Voltronic does provide their Axpert brand to different trading companies including Inverex.

v. Hybrid Power Inverters with Multiple Resource: This out to be the real sense Hybrid inverter that could additively use more than one renewable energy resource simultaneously. Sunny Boy by SMA is the best inverter with 0.97 power factor.

vi. On-grid or Grid Tied Solar Power Inverters: The simplest and most cost effective PV design for most sites is the “Grid-Tie” (sometimes referred to as intertied or utility-interactive) system. This system does not provide backup power during a power outage (even if the sun is shining) but for sites with reliable grid power, this is usually the logical system choice. Most popular product choice of all is the Infini by Voltronic.

vii. Online Ups with Power Inverters: They have a typical ns transfer time and used in hospitals and in applications where non stop surveillance is required and equipment are expensive. These type of online UPS have Power Inverters with high power factor and small 5-6 min back up time.

Some Prominent Inverter Vendors (other than listed above):

The capacity of an inverter along with its power factor determines the real power available after inversion. Power factor is the ratio of the actual electrical power dissipated by an AC circuit to the product of the r.m.s. values of current and voltage. The difference between the two is caused by reactance in the circuit and represents power that does no useful work. The transformer which has its own Pf makes use of the inductance in Voltage step down. Deducing that the reactive power is used to drive inductive load, only the resistive power is available to the end user. These configuration voltages refer to the input voltage from the battery bank. For high rating power inverters, the complex power (resistive+reactive) which has kVA ratings necessitate that high voltages be used to design the system. The main consideration is that at higher voltages the current is less so that you can use smaller wires between your solar panel array and your battery bank. This also allows for smaller rating inverters to use transformers of smaller ratings. A modified sine wave inverter is not as close, but it is still quite satisfactory in most cases. Enviro Inverters offer up to 78 per cent accurate simulation of the Sinewave – Fourth Harmonic Components Included.

5. How do we equip appropriate battery with an inverter to make UPS?

Case: A load profile of 400 W in some urban city like Lahore and consider an average load shedding of six hours. First of all, we should have an inverter capable of handling loads greater than 400 W in normal mode. As we know, that the continuous load shedding is of 2 hours in worst case. We would require 2 X 400 W = 800Wh of energy at least to be sufficient for uninterrupted power supply. Normally a car battery is being used for backup purposes, a battery with 165 Ah at C-20 discharge rate with most number of available life cycles designed at 20 per cent DOD allows to withdraw a maximum of 33A in an hour time. However, from previous calculation: 800Wh/12V = 66.6Ah battery is required. This is roughly twice as much a single 165 Ah battery.

There are two approaches to tackle this situation:

i. Either increase a battery in parallel for a 12 V configuration Inverter;

ii. Or change with a 12 V battery configuration Inverter.

Additionally, we would also require an inverter which could charge up to the full potential of the battery within the minimum time of main supply. So a nominal modified wave inverter with 20 A AC rail charge controller is effective only if 66Ah/20A the batteries are continuously charged at this current (ideally – practically not the case) for 3.335 hour or 3 hours 20 mins,

6. What are the challenges with net-metering?

In country like Pakistan, where there are so many outages, a reference signal which is always required to make sure that the On-grid porduct works in the Island mode is missing quite often. The product requires to sense a pulse which is therefore produced using gasoline generators thereby killing the purpose of green renewable energy.

As you put more Renewables into the system (such as combine Wind Energy with PV Solar Energy) you will lose flexibility and have more flickering and also increase the threat of frequency outages. Because electricity flows constantly, power grids need to maintain a stable current, known as fault level. The problem might not be fixed any time soon as the technology to store electricity, and so balance renewable supply, is in its infancy. Pakistan’s power grid is balanced around a frequency of 50Hz.

In essence, any major deviation above or below this level hits the quality of electric supplies, causing flickering of light bulbs and, in the worst case, blackouts. Maintaining a frequency of 50Hz has not been a big challenge in the past as Pakistan’s electricity was produced by a generation of gas, nuclear, and coal-fired power stations, controlled by a handful of utilities.

With net metering provisions coming in Rawalpindi Pakistan with the help of our previous colleague Mr. Mehroze Raffique (who also happens to be Assistant Director at National Electric Power Regulatory Authority NEPRA) consumers will be able to sell back to the national grid. Other famous vendors include Baykee, JFY-Tech, APC, Huawei (fan based). 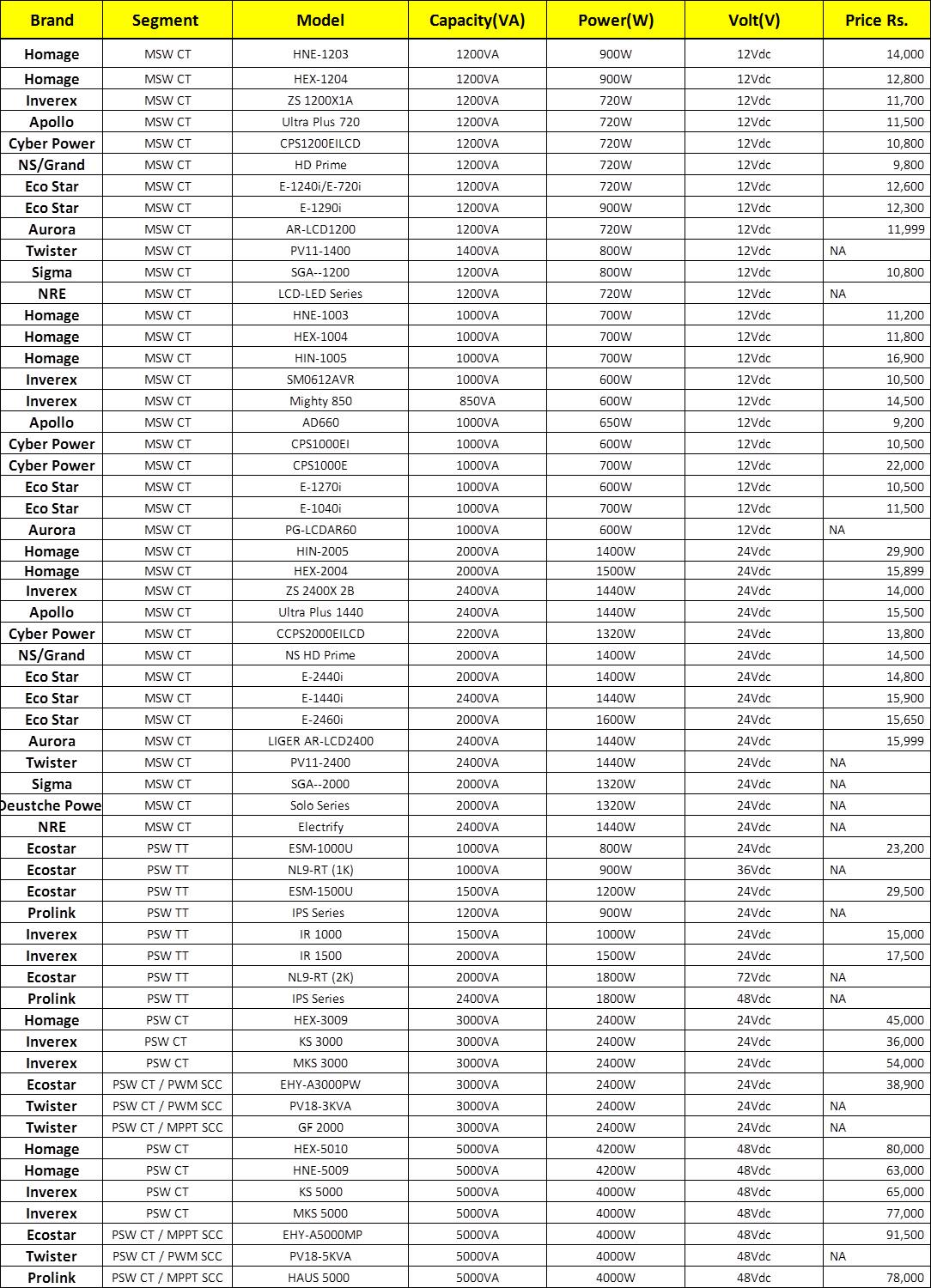 10 Reasons for the Deployment of Photovoltaic Solar Energy in 2022

Drip irrigation is drop by drop application of water to the root zone of plant.…
Jawad Ghafoor 0
Solar Photovoltaics
October 9, 2017

What is the Profitability with PV Solar Modules and Solar System for Home in Pakistan Price?

At Zorays Solar Pakistan, profitability of your PV Solar Solution is calculated in terms of quickest…
Zorays Khalid 2