Much of China’s CPEC investment in Pakistan is in the power sector. And three-fourths of the $19.1 billion it says it is investing in this sector is in coal-fired plants. With winds blowing from the west to the east, these plants promise to worsen air quality over northwest India and East Pakistan.

Slow Death Poisoning for the Residents of the Lahore City

It’s only October and we are already inhaling smoke in Lahore. One can feel it, smell it, each time they breathe. One can measure it according to air quality index Pakistan. Industrial and agricultural pollutants to the east of Lahore blows into the city due to the air currents. US Consulate Lahore monitors reveal horrible air quality in Lahore and environs. These levels of pollution are dangerous to human health. Parts of Lahore are breathing hazardous air quality as Pakistan’s smog season begins. If one were to create a hyperlapse demonstrating what happens to humans when breathing toxic air, the experience wouldn’t be any short of the gas chambers of Hitler. 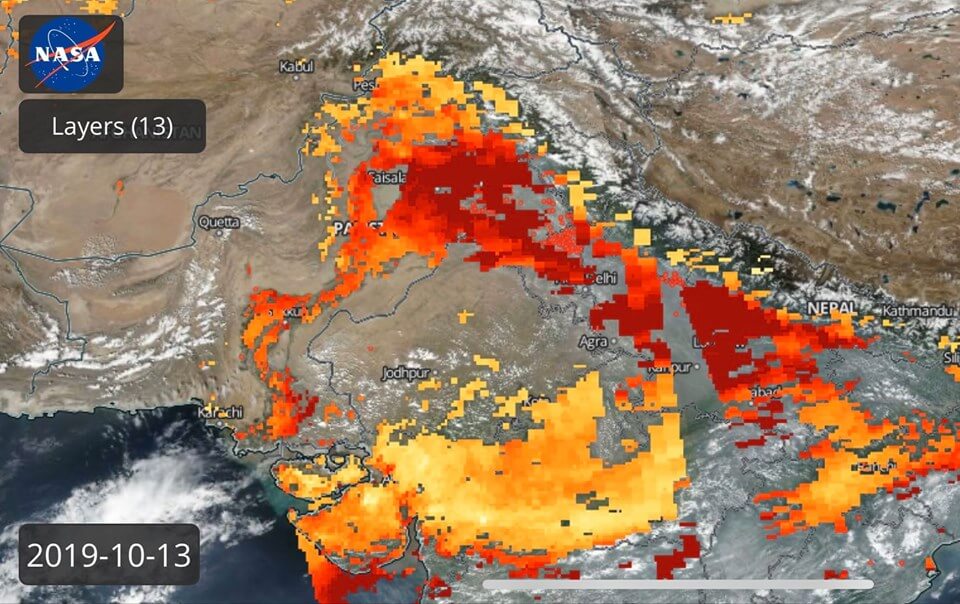 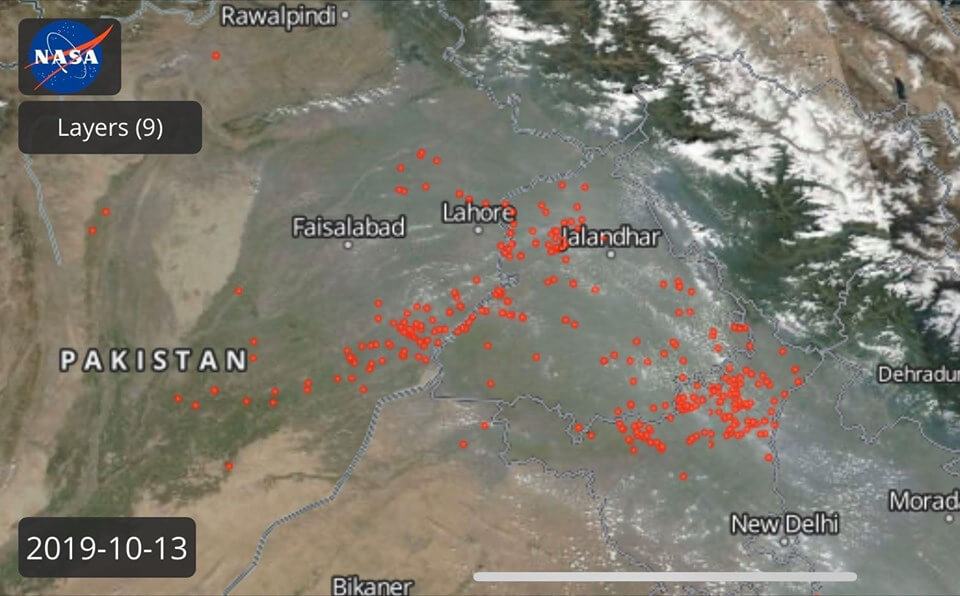 As the Royal couple arrives in Lahore, we cannot help but notice the cover of haze our city’s under! Someone needs to inform the royal highnesses of the British rock that they are breathing toxic air while on their tour to Lahore. However, this doesn’t mean it’s just Lahore alone. We just only have a large enough data-set from Lahore, to calculate an accurate AQI reading (air quality monitor Pakistan). The fact is, most of Punjab and KP will have Unhealthy Air—if we have more air quality monitors. The state of air quality in twin cities of Pakistan Islamabad and Rawalpindi is even pathetic.

Air quality problems in Pakistan also emerge largely because of vehicle emissions exhaust. Feels like we are permanently trapped in a place with car exhaust smoke such is the air quality of Pakistan. Euro standards define impact of emissions. Euro-6 Diesel, for example, has 10 ppm of Sulfur. Euro-2 has 500 ppm. Means more Air Pollution. World Bank’s book on Pakistan’s Air Quality (2014) revealed that air quality index of Pakistan emissions weren’t even Euro-1 compliant. 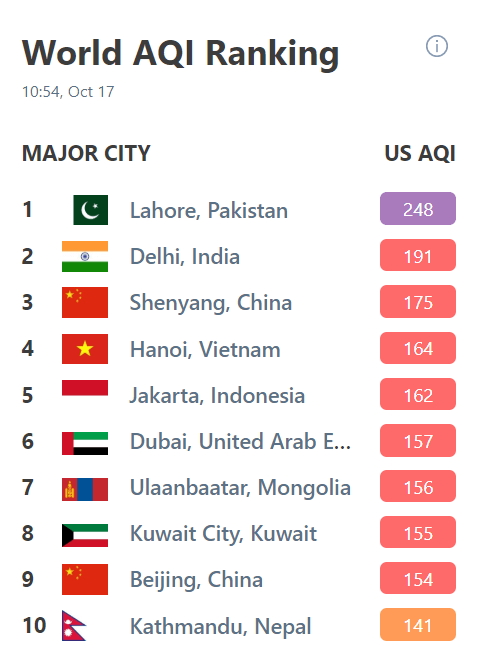 Beating Delhi in pollution! Now that takes some doing!

Trans boundary air quality between India and Pakistan are an important potential flashpoint for the two countries. Current air quality data of major cities around the world with the WORST average air quality, on a scale of 0 to 500:

Air pollution in Europe led to more than 400,000 early deaths in 2016, according to the most recent air quality report published by the European Environment Agency (EEA). Air quality standards are observed more diligently in Europe. Imagine the damage air quality in Pakistan is causing.

What is Zorays Solar Pakistan doing besides raising Awareness

Last year in November we ran an anti-smog campaign. This year our focus is to go paperless. Also we have become first plastic neutral company in Pakistan. You can also write an email to get free cloth shopping bags delivered. We also donated generously to CJP and PM Dam Fund. Here’s hoping all relevant government agencies and offices will make 2019 the year to take action on Lahore‘s air quality! The burning of trash goes on throughout the year, even in the so-called posh areas.Air pollution hits everyone equally, whether they believe in it or not. We cannot live on like this! Clean air is our right. Until then, one good rain would do wonders for the hideous air quality of Lahore these days.

Tidbit: 7.5kW of system is equivalent of 50 full grown trees.

Your contribution protects all! Get Solar before smog affects everybody.

Why solar power is the energy future of Pakistan and the globe?

Solar power is the future of energy. It's a clean, efficient, and renewable source of…
Zorays Khalid 0
Zorays Climate Action
August 1, 2022

The New Trend Towards Solar Energy In Food Storage

Introduction The food industry has been experiencing a boom in recent years, with many farmers…
Zorays Khalid 0
Zorays Climate Action
September 16, 2019